Agro-Meteorological Forecast for the First Dekad (1st - 10th) of February, 2023 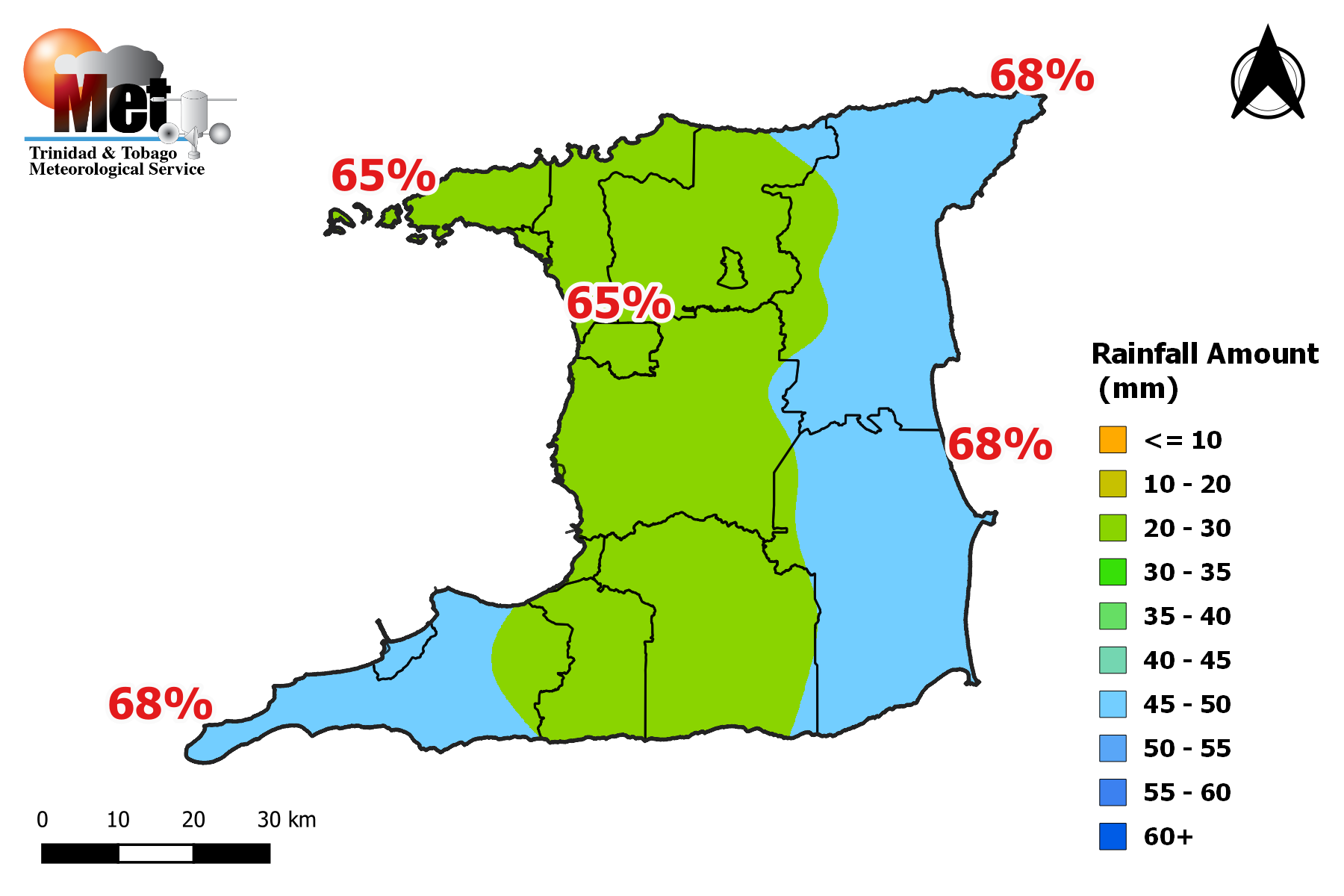 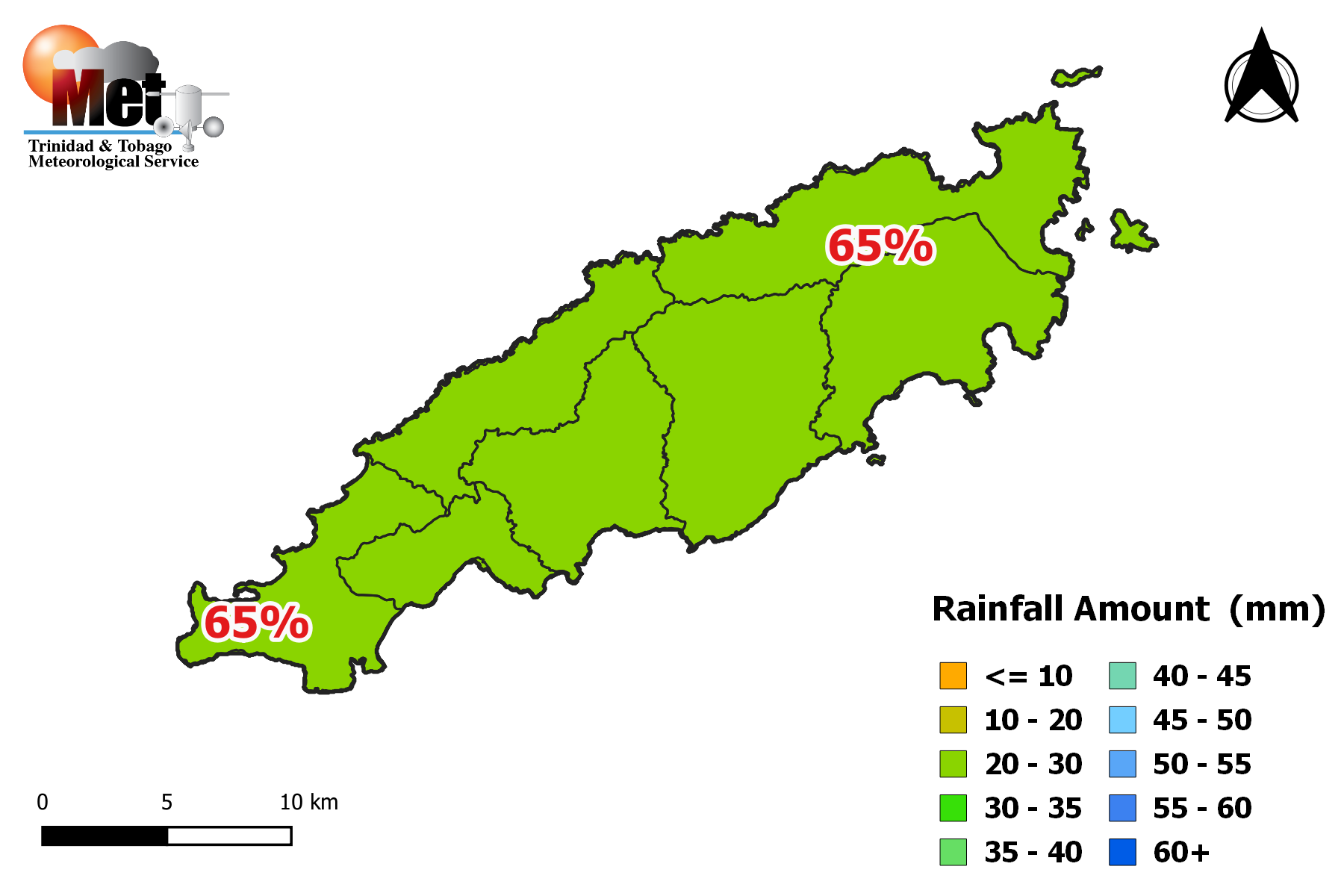 Low rainfall amounts are expected during the fifteen days.

Mostly weak to moderate north-easterly to easterly winds of an average speed of 20-25 km/h are expected, with gusts of 30-35 km/h at times. Low rainfall totals, low to moderate wind speeds, cool to warm days and warm feels-like temperatures will sustain average evapotranspiration rates in crops ranging between 5.0 to 9.0 millimeters per day.

Over the fifteen-day period across Trinidad and Tobago, moisture levels are expected to be moderate to high, with average daytime relative humidity values in the upper-40s to lower-80s, in terms of percentage.

Agro-Meteorological Forecast for the First Dekad (1st - 10th) of February, 2023

Weather Forecast for Farmers and Livestock Producers of Trinidad and Tobago for the 15-day period (1st - 15th) of February 2023. 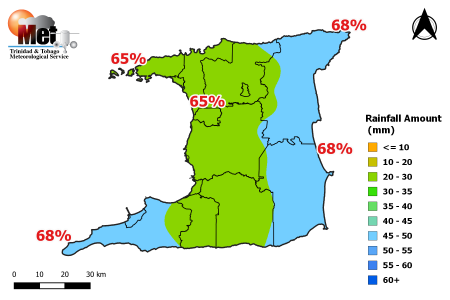 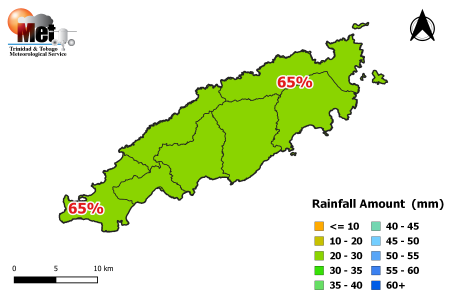