Trinidad and Tobago Dryness/Drought Indicator, Monitor and Outlook By End of July 2022 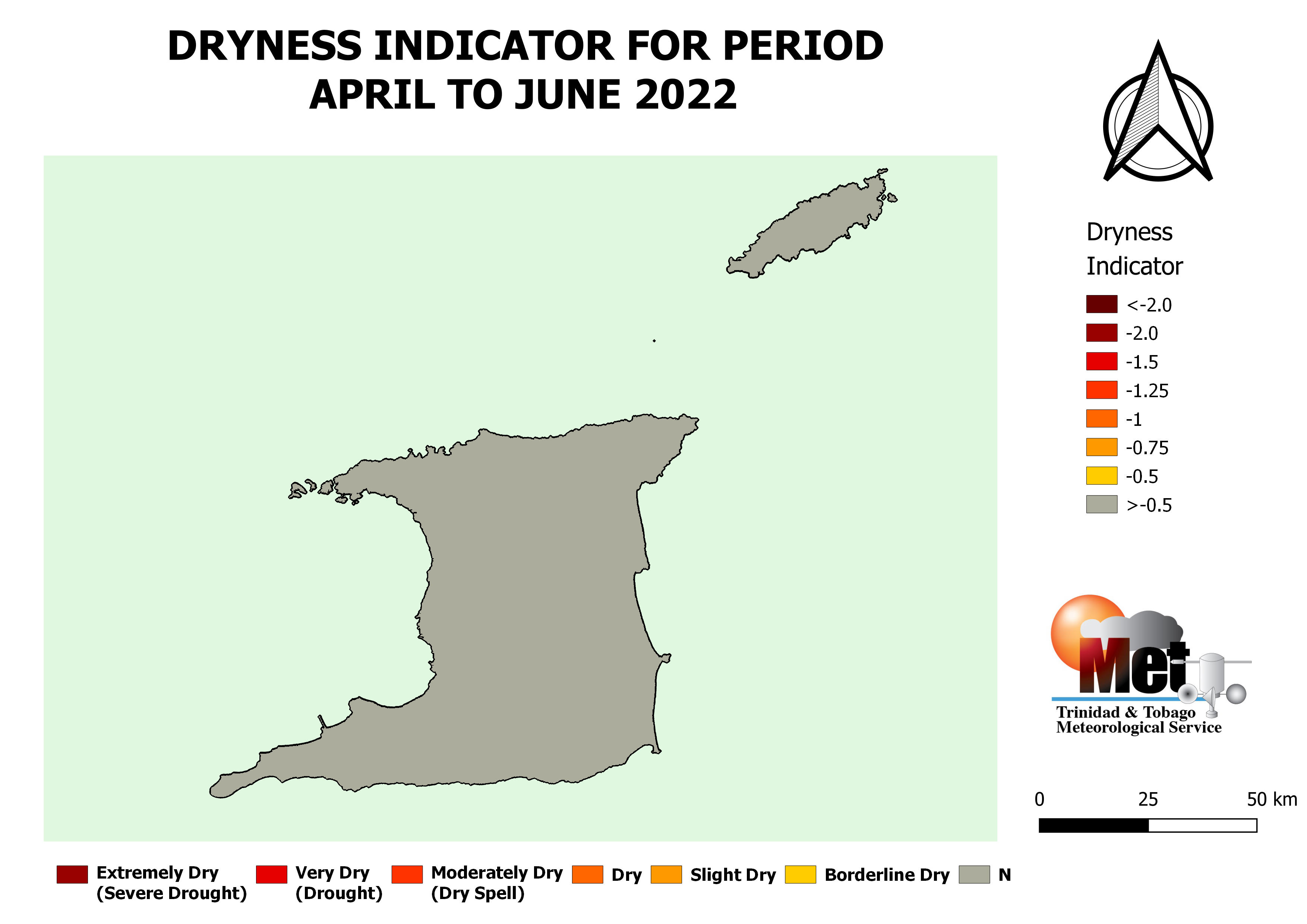 Dryness Indicator for April to June 2022

Dryness Indicator for April to June 2022

The colour-coded dryness indicator map showing the observed level of dryness is based solely on rainfall and can be used for decision making or for heightening awareness of dryness. 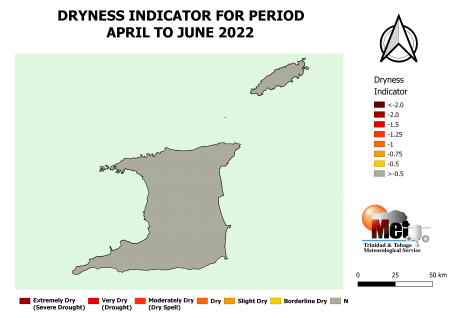 Figure 1. The colours on this map show observed dryness levels based on the rainfall differences from average, which have been standardized and expressed as the number of standard deviations less than average. The period used to compute the dryness is the  3-month period April to June 2022 compared to the historical average for the same 3-month period. The yellow to red colours on the map are used to indicate areas with borderline-dry to extremely-dry levels of dryness. The grey colour indicates areas where there is no significant dryness concerns.

Dryness Outlook for July to September 2022:

The accumulated rainfall received nationwide, since 2022 began, together with the predicted volume of rainfall July-August-September 2022 has definitely removed the chances of dryness witnessed up to the end of May. Frequent rainfall events and wet conditions are expected to continue into August and September. The Dryness Outlook shows dryness indicator values between -0.08 and +0.15 are likely to develop across the vast majority of Trinidad and Tobago by September month end (see Figure 2). The outlook is based solely on rainfall and should be used only as a guidance tool. 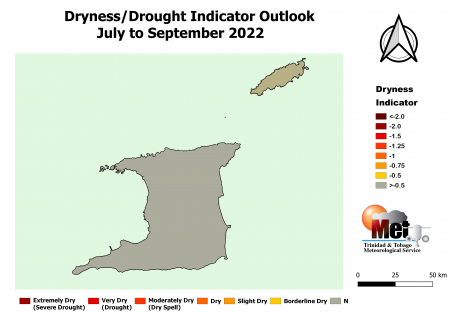 Figure 2. The colours on this map show the predicted levels of dryness for the period July to September 2022.  It is based on the difference between standardized accumulated rainfall (observed and predicted) from July to September 2022 and the historical average rainfall for the same period. The yellow to red colours indicate borderline dry to extremely dry levels of dryness. The grey colour indicates areas where there are no significant dryness concerns.

The Standardized Precipitation Index (SPI) is an index showing the severity and rarity of dryness or wetness of an area. Negative values of SPI indicate less than median rainfall and drier conditions; positive values indicate greater than median rainfall and wetter conditions. In general, dryness impacts are expected when the value of the 3-month SPI lies near -1.0. As the negative SPI value becomes larger in amount than -1.0, the severity of impacts increases. For Trinidad and Tobago, extreme dryness occurs in the dry season when negative SPIs are larger than -1.25.